“Ameria Tour” Draw: Chance to Explore Armenia with Us

Cafe Amor. The best pizza and burgers in city center of Yerevan

Armenia welcomes the launch of the working group on combating infodemics established within. . .

What You Didn’t Know About Boris Johnson’s Turkish Roots

armenianweekly.com։ Boris Johnson, Britain’s lovably eccentric Foreign Secretary is seldom, if ever, referenced in relation to Armenian interests (though the fact that he won the “most offensive Erdogan poem” competition is certainly of interest to our community. What did he do with the £1,000 prize? Your guess is as good as mine!). In fact, he is so removed from the Armenian conversation, that one might be forgiven for thinking his first formal contact with Armenia came in the form of a 15 minute-long phone conversation with a Russian prankster claiming to be the newly elected Prime Minister of Armenia, Nikol Pashinyan.

But curiously enough, the Johnson family’s run-ins with Armenians go way back. The story really begins in turn of the 20th-century Constantinople, where the young Ottoman technocrat, Ali Kemal Bey, had begun a relatively modest rise into the ranks of the Bosphorus intelligentsia. 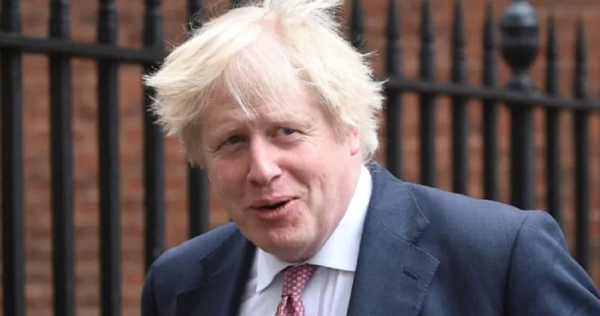 Kemal, the son of a Circassian slave and a Turkish business magnate, had grown up in all the comforts his status could provide. He was educated in the prestigious new schools set up by Sultan Abdul Hamid, who had the hopes of preparing the dying empire’s future generation of reformers.

Instead, these campuses became hotbeds of opposition to the Sultan’s absolutist ruling style. Graduates, who took on the name Young Turks (this is before they were known for Armenian Genocide, or hosting left-wing talk shows), had a decisively Western-oriented outlook, spoke fluent French and longed to replicate the democratic, bureaucratic and industrial reforms they had witnessed in the capitals of Europe in their own country. His time in the Ottoman school system exposed Kemal to liberal ideas, causing him much trouble with the authorities. He was eventually imprisoned and exiled to Syria.

In time, Kemal developed an Ottomanist ideology. He argued for a free and multicultural Ottoman Empire, united under a civic Ottoman identity rather than ethnic nationalism. He had been vocal about the Empire’s treatment of its minorities such as the Armenians.

Kemal’s family wealth afforded him the luxuries of travel, and his first wife was a British woman named Winifred Brun in London. By the time she died while giving birth in 1910 to Osman Kemal Wilfred Johnson—Boris Johnson’s grandfather (are you connecting the dots now?)—the situation in Kemal’s native Constantinople was changing rapidly.

Abdul Hamid II, by now known through the epithet the Red Sultan, had finally been overthrown following the Young Turk revolution and attempted counter-coup. It is in this period of turmoil that Kemal briefly returned to Constantinople, marrying his second wife before returning to Britain with his children.

In poetic irony, Kemal’s son by his second wife, Zeki Kuneralp, would years later become the intended victim of a failed ASALA attack while serving as Turkish ambassador in Madrid.

A resolute liberal and anglophile, Ali Kemal strongly disapproved of the Committee for Union and Progress’ (CUP)  instigation of the 1913 Ottoman coup d’état. He denounced the “Three Pasha’s” authoritarian rule and increasing overtures towards Germany.

Kemal made the most of his British exile, putting pen to paper in his opus magnum, Fetret (“Interregnum” in Turkish). In the oeuvre, written as a sort of ode to his son Wilfred, he laid out his vision for a modern Turkey: monarchical, but constitutional; Islamic, yet secular; modern, while rooted in tradition; distinctly Turkish, yet welcoming of its Armenian and Greek minorities.

While his contemporaries in the CUP—the major force behind the increasingly nationalist Young Turk movement—had so admired social-Darwinism and Meiji-Era Japan, Kemal had looked to Britain as a model for bureaucratic reform, industrial growth and democratic proliferation.

As the Great War unfolded, he spoke out passionately and repeatedly against the deportations, expropriations and organized massacres now known as the Armenian Genocide. He was also unequivocal in placing the blame directly on the CUP leadership.

By 1918, after four years of fighting, the exhausted Ottoman government signed the Armistice of Mudros, formally ending military operations. The CUP was swiftly deposed to be replaced by a provisional government under the supervision of the Allied occupation force.

Ali Kemal Pasha finally saw the opportunity to help create the country he had dreamed of. He briefly served as Interior Minister (a post once held by Talat Pasha), where he oversaw the establishment of the first court-marshals against the perpetrators of the Armenian and Greek Genocides.

But Kemal’s zealous struggle to prosecute the CUP, combined with his reputation as an Anglophile, brought him many enemies in interbellum Turkey. His vocal opposition to Mustafa Kemal Ataturk’s increasingly popular nationalist movement proved to be the last straw.

In November 1922, he was kidnapped from a barbershop mid-shave. Coincidentally, this barbershop was located in the lobby of the Armenian-owned Tokatlıyan Hotel in Beyoğlu. The hotel had been one of the first European-style establishments in Turkey. Having been vandalized during the genocide, it was eventually reacquired by the Armenian Church, which maintains the property to this day.

Kemal’s fate was much more tragic. His captors placed him on a train to Ankara, where he would be tried for treason by the Kemalist authorities. The train never reached its destination. He was apprehended shortly after his departure and lynched by an angry mob. The crowd hung a sign with the fictitious, Armenian-sounding name “Artun Kemal” around his neck as a final display of indignity for his defense of the Armenians.

His memory would live on in Turkey as one of the country’s most iconic traitors.

Boris Johnson shares many of Kemal’s characteristics: a “small-c” conservative, a defender of the monarchy with great confidence in the strength of the British model and a tendency to make public gaffe after gaffe. He has praised his great-grandfather in a 2008 interview with the BBC, saying “he stuck to his guns.”

One can only hope that Johnson would follow in his family’s footsteps and demand modern recognition of the very genocide for which his great-grandfather worked so very hard to seek justice.