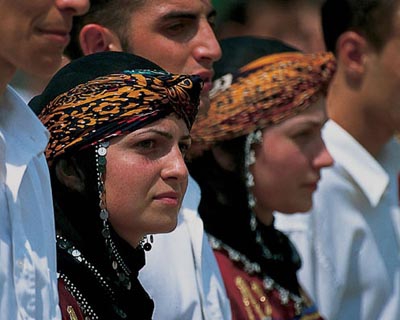 www.horizonweekly.ca- The revival of the national identity of Armenians, who live in different Turkish cities and villages and have converted to Islam, is speeding up breaking taboos. The specialists of the field relate this to various political factors which enable these people to return to their own roots.

The director of research fund “Study Center for Western Armenian Issues”, Haykazun Alvrtsyan says that the movement started long ago, and it was greatly influenced by the Kurdish armed rebellion, the collapse of the Soviet Union, and Turkey’s campaign to join the European Union.

The 88th article of the first Turkish constitution adopted in 1924 said that all Turkish residents, regardless of their religious and national belonging are considered Turkish. In order to improve its chances for EU membership, Turkey had to revise some of the points in its constitution. However, even after some changes in the country’s constitution the terms Turkish citizen and Turkish national succeed each other – each Turkish citizen is considered a Turk.

Alvrtsyan says that only upon the Treaty of Lausanne Armenian, Greek and Assyrian communities were recognized as religious, not ethnic. A huge amount of other ethnicities – 50 ethno-religious groups speaking 36 languages, were recognized as Turkish.

“Now this taboo has been broken, can you imagine what kind of a movement has been started? Armenians are no exception in this movement, but on our part the interesting thing is that Turkey today has the Armenian Question – a complicated political wrinkle. It does not have a Syrian, Greek or Jewish question, but it has an Armenian Question, which is a serious problem for Turkey, and in this context the revival of Armenians unlike other nations is highly important,” Alvrtsyan said.

Addressing the question of Islam-converted Armenians, he mentioned that their number grew up till 3 million, a part of whom emigrated. In Germany alone, there were 300,000 Muslim Armenians. He insisted that today in the Eastern part of Turkey, in various areas of historic Armenia there live at least 2.5 million Muslim Armenians, half of which are hiding.

“Both of the groups are converted Muslims, but (those who hide their ethnic identity), unlike the other group, secretly preserve the national traditions, ceremonies, beliefs. And they marry among themselves, which is a highly important factor. The other group gets baptized and returns to the Armenian Church. The number of these people is not much yet, because pressure and persecution against Armenians still continue. Thus, they endanger their and their children’s lives, property, their children’s future,” Alvrtsyan said. “But let me tell you that last week I baptized several Alevis and Muslim Armenians from Dersim. One of them had his private business in Dersim four years ago and now he lost it because he announced he is an Armenian and he became a member of the Armenian union in Dersim.”

Armenians in Hamashen have the Vagf union, and in Istanbul they established Hatig. Last month Armenians from Mush and Taron established the social and touristic union of Taron. According to Turkey’s State Statistical data, there are 37,000 Armenian families in 17 cities of the country – a total of about 200,000 (about 50-60,000 in Istanbul).

“Upon official data there are 3,000 Armenians in Mush now, but the locals say that there are more. In Van, again the locals say that they form 12 percent of the 350,000 population, which makes 40-42,000 Armenians. Recently, when there was an earthquake in Van, numerous sacred books, crosses, church relics were found from under the ruins. It was surprising that Armenian icons were found from that unilaterally Kurdish and Islamic city,” he said.