The Azerbaijani side continues its obscene policy towards its own soldiers and their relatives. Today they lost 3 servicemen only during the daytime in the vicinity of Karvachar. A commander of a snipers group was shot dead from the well-aimed bullet of Armenian woman. Let the Azerbaijani citizens know that the leadership of their country doesn t only cause death of their sons, but also disrespects them. 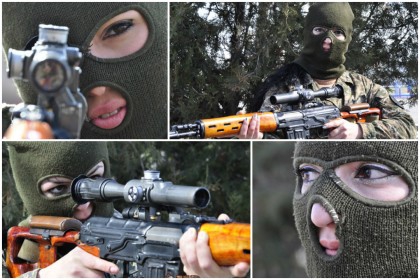