Galaxy Group of Companies expands its activities in Belarus: a new TI’ME and Pandora store launched

The company “Timeless”, a part of the Galaxy Group of Companies, expands its presence in Belarus. In the city of Grodno, which is a cultural and industrial centre, a new TI’ME and Pandora brand store has been opened, thus enhancing the presence of the Galaxy Group in Belarus, far from the capital Minsk, in a city bordering Poland and Lithuania.

«TI’ME is of particular importance to us. As I recall, many years ago, when we were just making our first steps, international brands were managed from strong regional centers, like Tbilisi and Moscow, never from Yerevan. Perhaps it sounds simplistic, but as an Armenian entrepreneur, I attach great importance to the scaling up of brands and concepts made in Armenia to match other countries; it is important that development and management of the TI’ME regional network is done in Armenia by Armenian specialists, with the headquarter in Yerevan», pointed out Artyom Khachatryan, Co-Chairman of the Board of Directors of the Galaxy Group. 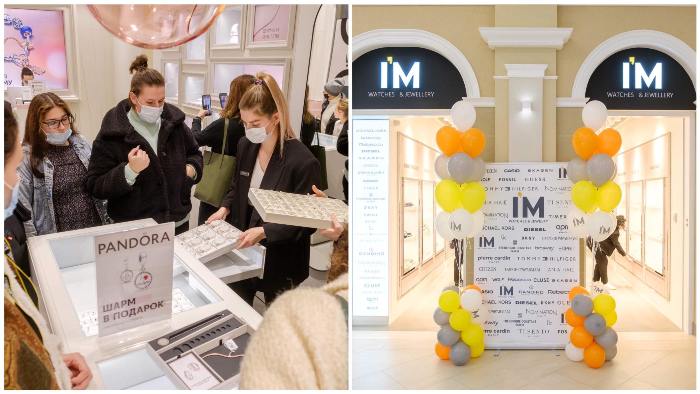 The company “Timeless” was established in 2012, opening the first TI'ME shop in Yerevan. Initially, the company had 4 employees, then, 9 years later, it has grown and currently employs more than 300 people, and runs 36 stores in three countries. The head office is in Yerevan. Currently, TI'ME represents more than 40 famous brands, while its assortment consists of 10,000 watches and jewelry.

«This year, in Belarus we’ve launched the regional expansion project. The joint TI’ME and Pandora brand store, the first one of its kind in the region, has already been opened in the Grodno shopping and entertainment complex Trinity, and we are actively preparing to the launching of new stores in other cities of Belarus», said Evgeniy Simonenko, Country Manager, TI’ME-Belarus.

«The goal of the company’s 2021-2022 strategy is maintaining the current level of sales and our market share, as well as, following business logic, investments in other cities in three countries, in order to expand the network and even to enter new markets. Presently, the company is working on the design of its own on-line sales platform. The goal is to make our assortment accessible for the clients wherever they are, and to provide them ordering capabilities», said Chief Executive Officer of TI’ME (Armenia, Georgia, Belarus), Arsen Mnatsakanyan.

It’s noteworthy that in order to improve the efficiency of internal management, the company ensures digitalization of work processes, development and introducing of new systems. Great attention is paid to new marketing instruments, improvement of communication with the clientele, and raising brand awareness, which definitely promotes sales and confidence in brands. Although the assortment of watches and jewelry in TI’ME stores is already broad, the company is working on adding new brands, especially, branded gold items at affordable prices.

TI'ME is an abbreviation that stands for «Territory Where I'M Excited». TI'ME stores are situated in shopping malls with high attendance and in downtown districts.

Galaxy Group of Companies is a major employer and taxpayer in Armenia. As a responsible business, the Group in 2020 transferred more than AMD 11.5 bn worth of taxes (more than US$ 22 mln) to the RA state budget. Purchases from the local market amounted to about US$ 36 mln. Presently, Galaxy Group of Companies employs about 2500 people. Average monthly salary has been AMD 364.716, and more than AMD 2 bn worth of income taxes was transferred to the state budget.