The Internet parodies Kim Kardashian's outrageous bare-bottomed magazine cover with hilarious memes. According to Daily Mail, the reality-star put her famous derriere on the cover of a US magazine and got exactly the online reaction she wanted.

Within hours of posting the image of her oiled-up, Photoshop-enhanced behind, the internet went to town on creating their own versions, from centaurs to docking stations.

Kim may have wanted to 'break the internet' but it seems she united the online world in finding the most comical way of parodying the lewd cover.

Twitter user @KelKulus was reminded of a mythical creature when he saw the Paper magazine image, tweeting his own version with the caption: 'Kim Kardashian looks so much like a centaur in Paper Magazine, I figured I'd take it one step further. 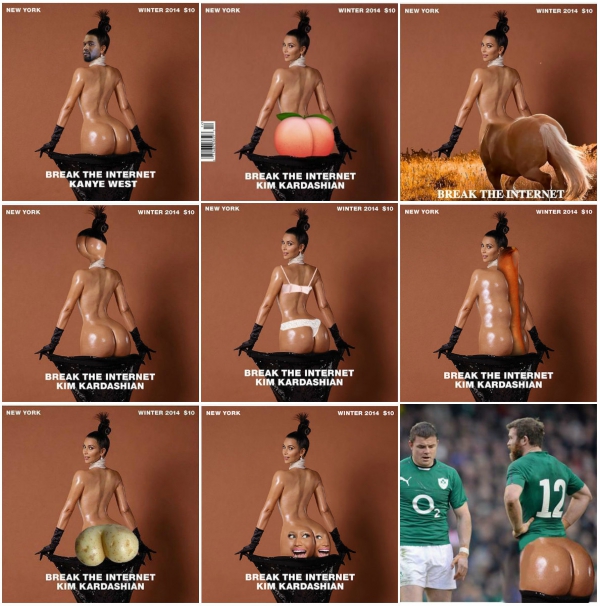